For over a year I’ve been watching the Walkie Talkie building rear up from Fenchurch Street in the City of London. Suddenly, this week it seemed to reach a critical mass. Awkward, bulbous and truly ugly, it’s not a pretty sight. Designed to concentrate its rentable space on the more expensive upper floors, it’s all too solid proof of how money wins out over design. In this, perhaps it is the perfect choice for both its location and its era. As it looms over the elegant facade of Custom House and dominates The Tower you realise why most tall buildings are either straight-sided or taper to the top.

Speaking of which, it directly faces The Shard across the Thames. The cudgel versus the spear, you might say. My jury’s still out on The Shard, but I like it enough to have booked my ticket to go up to its viewing gallery as soon as it opens in February. I just wish that they would hurry up and finish it off. Its peak should culminate in pure blades of glass. Not in a crane atop piles of steel.

The Shard: isn’t it time to get rid of the crane on top, and let the light stream through?

All this building activity is happening around London Bridge, which features strongly in a great new book I’m reading. London: A History in Maps, by Peter Barber, is a brilliant publication by the British Library’s Head of Maps, telling the city’s story through striking visuals from Roman times up to today. Why it wasn’t published at the same time as his excellent exhibition and television series, I don’t know. But better late than never—as anyone still fishing around for a Christmas present for a lover of London may agree. 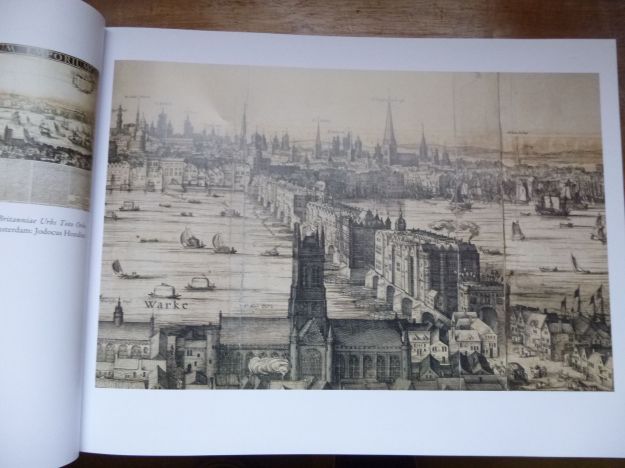 London Bridge and the City of London around 1600, in Peter Barber’s book.