Some months back I wrote about how I’d been given a mini telescope. I had visions of packing my new toy into its snazzy little backpack and taking off for exotic climes where I’d view the stars on hot summer nights. I certainly never imagined I’d be able to see anything at all in central London. But then, after much fiddling, I discovered how to focus it. And, wow, it’s incredible what you can see above one of the most light-polluted cities on earth. 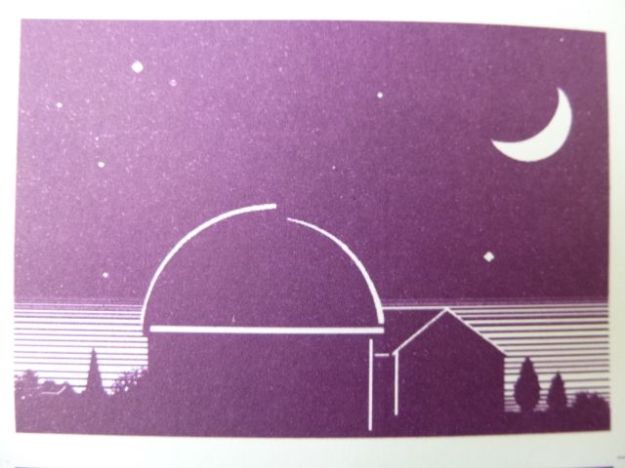 The observatory at Hampstead, open to the public on cloudless Friday and Saturday winter nights.

I started off with the moon and learnt that you need to view it when it’s half full and illuminated at an angle, when the craters show. Then, with my iPad moon app glowing at my side, I started to identify features such as the Sea of Tranquillity. Now, on those rare, clear evenings I shoot up to my office/observatory to see the four moons of Jupiter circling the yellow planet—just like Galileo who discovered them 400 years ago!

Now that I’ve got the bit between my teeth, a few evenings ago, after dinner, I took off for the Hampstead Observatory. Arriving at Hampstead Ponds, I found a dark pathway leading up a hillock to a Victorian domed hut. It was really spooky climbing through the leafy gloom, but at the top an animated crowd was clustered around the large, 100-year-old telescope.

Roger, one of the astronomy society’s demonstrators, soon had us oohing and aahing over the Orion nebula and 12 of the Pleiades’ 30,000 stars. He told us that his father was one of the few people to have seen Halley’s Comet on both of its 20th century visits. Comets, he said, are the most whimsical of celestial phenomena: seemingly sure-fire stunners can turn out to be damp squibs and vice versa. So he, for one, is not getting over-excited about the projected visit of ISON later this year (unlike me!).

The one thing we visitors should try to witness, Roger said, was the rings of Saturn. Unfortunately the planet rises at awkward times for viewing in 2013. However the observatory may be having special late-night sessions in May and I really hope I can catch one. They’ll be listed on the observatory website where as it said when I last visited, without apparent irony, “Watch this space”.

* The observatory, run by the Hampstead Scientific Society, opens to the general public during the winter on cloudless Friday and Saturday nights. It’s one of the few, if not the only, such places in London where you can just turn up. There’s no charge, but visitors will surely want to slip a note into the donation box.