It’s amazing what you can stumble upon in London during a Sunday stroll. As I walked along the east flank of Regent’s Park, a church with two rocket-shaped towers in a rose garden caught my eye.

My gaze wandered from the church to three ivy-covered gothic arches to its right. Lit by shimmering shafts of sunlight, they hinted at some ghostly mystery.  What did they lead to? I was intrigued—and set off to explore. 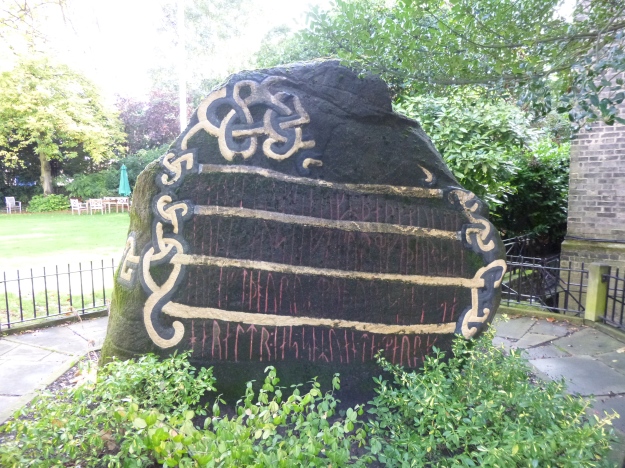 My first glimpse of the Jelling Stone

I was totally unprepared for what I found: a giant rock covered in Nordic runes. Whatever was it? Fortunately a plaque was on hand to reveal all. But before I started reading I stepped round to its other side and was even more surprised.  There stood a figure of a Christ, arms outstretched and swathed in swirling golden bands. To his left was a lion in a scrolling serpent’s grip. 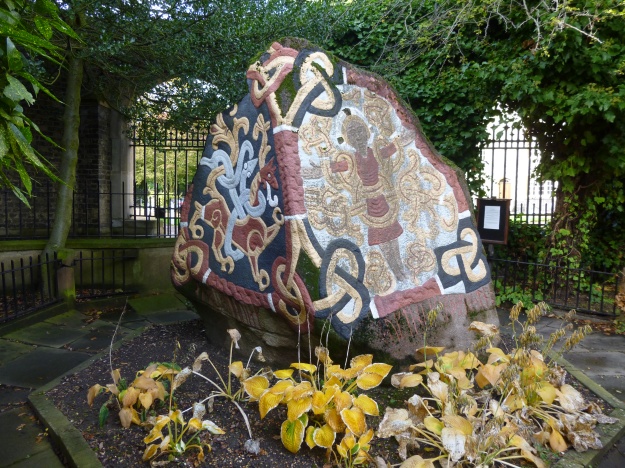 The other side of the Jelling Stone

I discovered that the church, St Katharine’s, serves London’s Danish community and the stone is a cast of a giant runic monument at the town of Jelling in Denmark. The original Jelling Stone was erected by King Harald Bluetooth, grandfather of Canute, in around 965. Such is its significance that the Christ figure appears on Danish passports.

The replica was made in Denmark and brought to London for an exhibition on Danish art and culture at the Victoria and Albert Museum in 1948. But at 11 tons it was too unwieldy to transport back. So it remained in London and was erected at St Katharine’s in 1955. 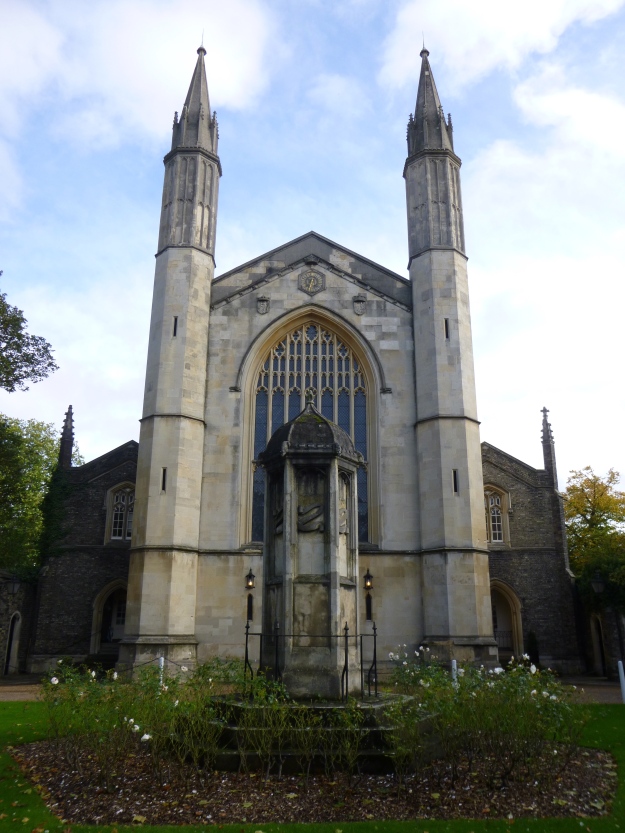 St Katharine’s, the Danish Church, on the east side of Regent’s Park.

After viewing the stone I wandered around the gardens, looking at the 200-year-old Gothic revival houses in the precinct around the church.  Despite having visited Regent’s Park umpteen times, I had never come across this place before, or heard of this stone.

That evening I hunkered down to read a magazine, and what should I see but an advertisement for one of these houses up for sale. Not surprisingly, price is upon application for this former grace-and-favour residence of senior clerics and members of the royal household. Let’s hope that the new owner makes the most of living within a stone’s throw of the Jelling Stone. As the gloriously named antiquary Ole Worm wrote in his Monumenta Danica in 1643, people from other nations should take an interest in Denmark’s runic stones.