A waterfall of wool comes cascading down into London’s Southwark Cathedral. It’s as if the heavens have opened and streamed in. 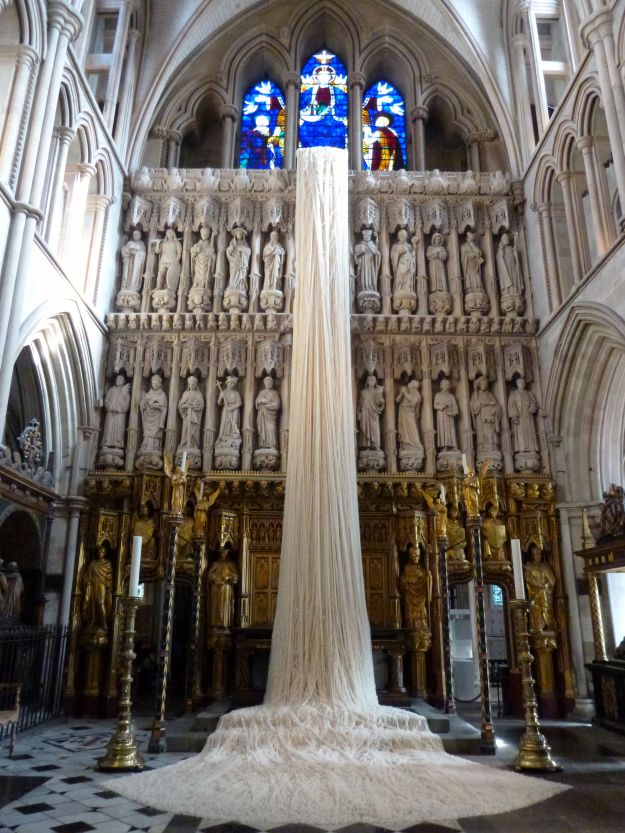 This is Forty Days, an installation by Angela Wright, and one of two that make up the cathedral’s annual art programme for Lent. The curdling wool drops from above the Great Screen behind the altar to pool in foaming rivulets on the sanctuary floor. I was struck by its resemblance to the world’s tallest plunge of water—Venezuela’s Angel Falls—quite appropriate since Forty Days descends between gold cherubim.

Its creamy texture echoes the wax of votive candles flickering by the ancient tombs on either side. Yet it is also light and fluffy, and calls to mind spring lambs or a baby’s christening shawl. Rebirth, the cycle of life, the seasons: there’s much to contemplate while admiring the exuberance of this piece.

Behind the sanctuary the atmosphere darkens. Shafts of light strain to illuminate low archways above flagstones with bodies buried beneath. This is where artist/writer Edmund de Waal, who shot to fame with his family biography The Hare with Amber Eyes, has positioned translucent vitrines with his signature white ceramics inside. An air of mystery surrounds these 12 freestanding pieces, their simple contents barely visible within. 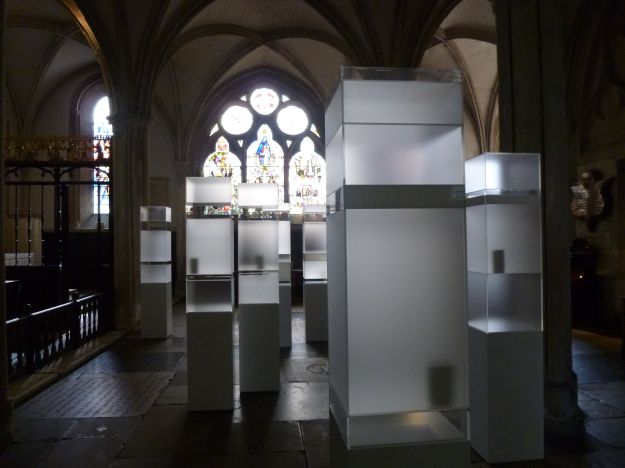 Now we see through a mirror dimly: Edmund de Waal’s installation, Another Day.

Both artists live and work within the Diocese of Southwark. They’ve clearly spent time absorbing the cathedral’s special atmosphere, and reflect it in works that capture both its ebullience and calm. 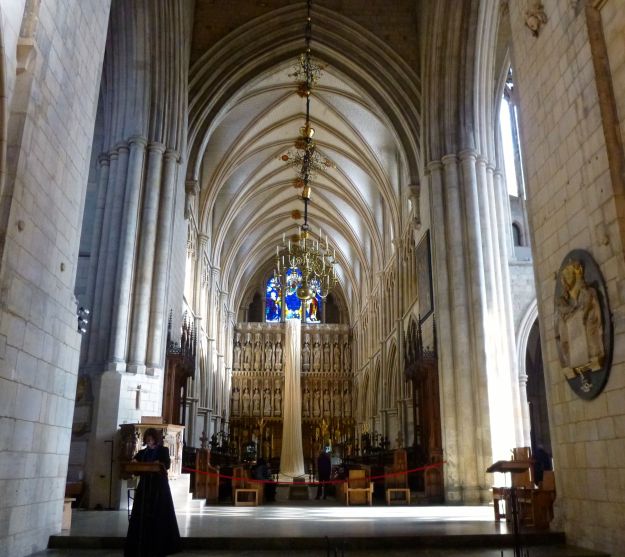 Beyond these installations, there’s so much to admire elsewhere in the cathedral: the carved wooden effigy of a knight, a stained glass window of Chaucer’s pilgrims gathering for their journey and wonderfully rude ceiling bosses. 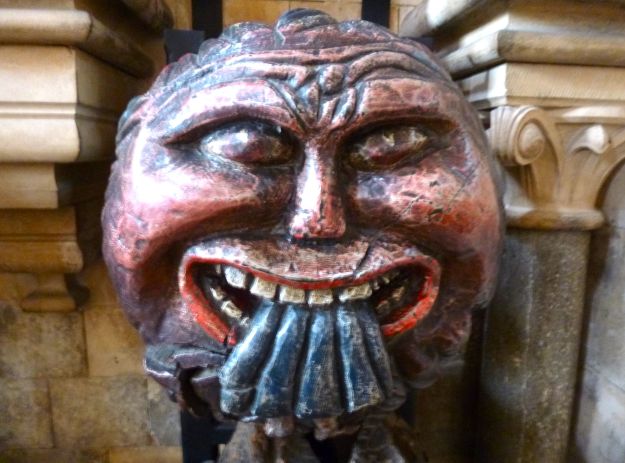 The ceiling bosses are a particular treat.

And as an added bonus, when you step back outside into the dazzling sunlight, the heaving crowds lead to Borough Market and a row of food stalls. It’s time to grab a falafel or masala dosa and take a seat beneath the Southwark spires for lunch.

The spires of Southwark, the perfect spot for a Borough Market lunch.

Angela Wright and Edmund de Waal will give free Sunday talks on their work. Angela’s talk is on 16 March, and Edmund’s on 23 March. Both take place in the cathedral, after Choral Eucharist, at 12.45pm. While the art remains on display the cathedral cat,  Doorkins Magnificat, has gone on a Lenten retreat (she’ll be back at Easter). It may be just as well. What a soft playground all that wool would have been.