I’d always longed to go inside London’s Greek Cathedral but when I’d passed by the door was always locked. So when I was invited to a concert there I leapt at the chance. A few steps from Queensway’s hubble bubble cafes and Chinese foodie hotspots, it’s a landmark in an area known for its exotic Eastern mix. 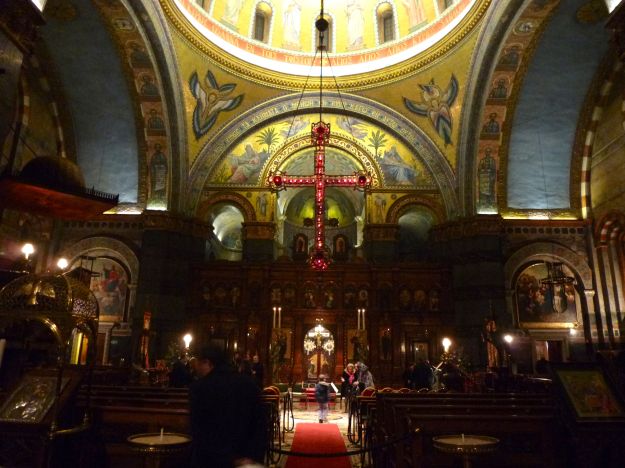 The nave of London’s Greek Orthodox Cathedral of Saint Sophia.

I struggled through the wet, windy night to this Byzantine-style building designed like a cross around a central dome. Then wow—it was as if I’d arrived in Istanbul. The scent of incense hit me and there were glittering mosaics everywhere. 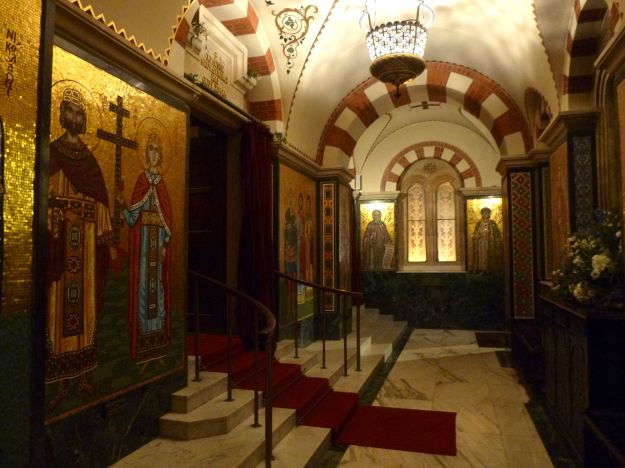 I took my seat for an evening that charted the journey of Greek music over two millennia. It began with centuries-old sacred chants by the cathedral choir and led up to contemporary pieces including a string quartet world premiere. It was magical to hear the melodic story unfold as candles burned in the silver cross overhead and mosaics glimmered in their flickering light. 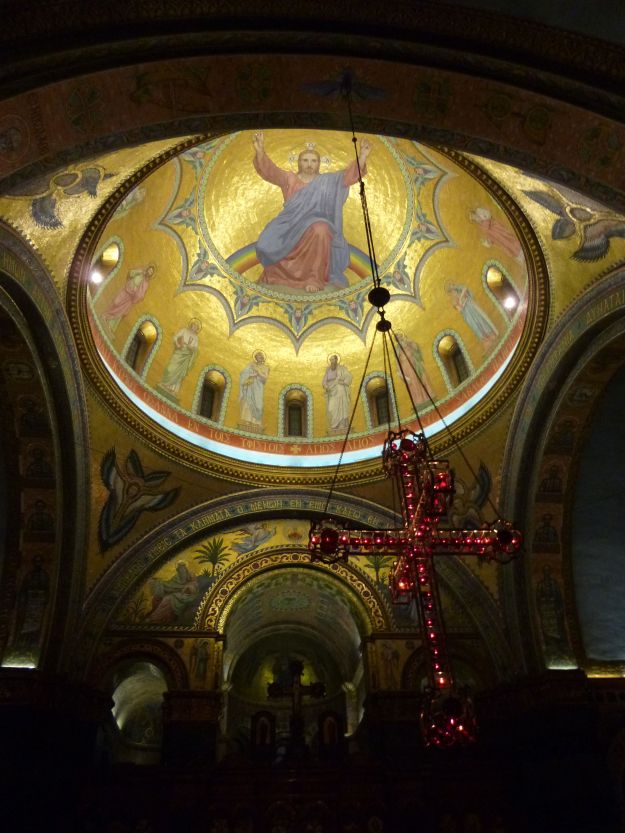 The dome and silver cross filled with candles.

After the concert I admired the paintings of saints covering the iconostasis and the gorgeously patterned marble floors. Then I tipped back my head to gaze at the mosaics in the dome. I imagined how overwhelmed London’s Greek community must have been when they first came to worship here in 1879. The cathedral’s architect, John Oldrid Scott, had given them a masterpiece that was the inspiration for Britain’s Arts and Crafts style.

Then, as I prepared to leave, I came across the cathedral’s hidden jewel: a tiny museum tucked away in a crypt-like space. On display were church treasures and objects donated by wealthy families. Among them were a solid gold chalice and pair of huge candlesticks standing next to a print showing them in use when King George of the Hellenes visited in 1863.

An exotic gold chalice, stamped “Made in England”.

But what most caught my eye was a gold icon left by a man whose mother had bequeathed it to him, presumably shortly before she died. It is displayed next to her handwritten note, urging him never to remove the diamonds, and in turn to leave it where it would be respected. Her final wish was that he would “wed a noble maiden”.

The icon bequeathed by a mother to her son with its accompanying note.

Saint Sophia Cathedral is open for Sunday morning worship; the museum can be viewed after the service on the last Sunday of each month.