Five minutes after its 10am opening time London’s Charles Dickens Museum is already so busy that visitors are asked to spread out to free up the entrance hall. It’s clear that the author’s former Bloomsbury home is reaping the benefits of a £3.1 million restoration project that has seen it expand into a recently-acquired house next door. 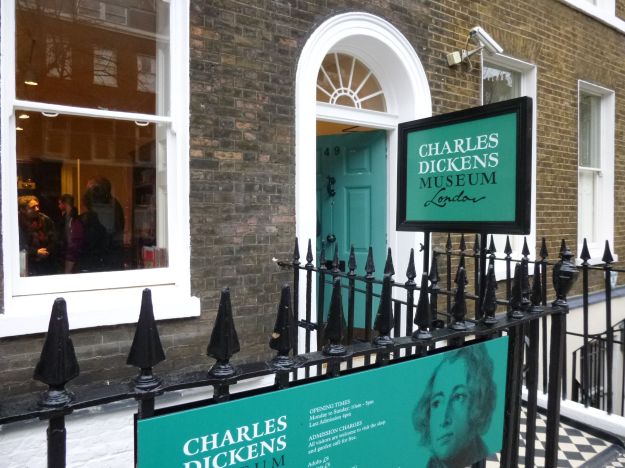 Stepping into these elegant rooms it’s as if you’ve been invited to one of the soirees that the man himself loved to host. You pass through the brightly-decorated dining room (with recorded sounds of horses and Victorian street cries) and the basement kitchen, lit with flickering candle-style lamps, to arrive at a room where he would deliver readings to assembled guests. Few writers of any era make money on a scale to finance lodgings like this. This five-storey town house in a street where neighbours have built an extension in the style of an Egyptian temple showcases the extent of Dickens’ lifetime success and fame.

The house is packed with portraits of the author and other fascinating objects and art. One painting of Mrs Dickens is accompanied by the turquoise ring and piece of tapestry depicted in the work. I was also taken by the many splendid armchairs, one decorated in plum hide and another in green velvet (which appears in an illustration in The Mystery of Edwin Drood). One of Dickens’ chairs is sadly absent, though—The Empty Chair shown in artist Luke Fildes’ tribute to the author shortly after his death. The desk is here in Doughty Street but stands alone.

Throughout the house there are items that appear in Dickens’ novels, that inspired episodes in his work or that he owned and used. There’s a tiny window that gave Dickens the idea of having Oliver squeeze through a small casement, and a bars from Marshalsea Prison, where Dickens’ father was banged up for debt, which provided material for so many gaol scenes. I especially liked the wine cellar, arrayed with bottles of port, Madeira and hock.

Right at the top of the building is a reading room packed with copies of Dickens’ novels. What a delicious treat it would be to come here on a dark winter afternoon, to absorb the house’s potent atmosphere and then to curl up with a copy of The Pickwick Papers or Oliver Twist, both of which were written here. A cup of coffee among the potted palms in the cafe would provide the finishing touch.

Some visitors are surprised that the house’s decor is late Georgian in style (to reflect the time when Dickens lived here, before heavy drapes and tassels came into vogue). However, anyone who craves a dose of Victoriana can continue to The Lamb pub in nearby Lamb’s Conduit Street. Order a pint among the cut glass panels and green tiles and you’re back in the era of Dickens’ later novels. So although the author is reputed to have come here for a drink or two himself, were he to return today he’d probably find even the “listed” fittings a touch on the modern side.