“I walk here as much as I can…it’s absolutely beautiful here (even though it’s in the city).”  This is how Vincent van Gogh described his neighbourhood when he lived in London as a 20-year-old man. The Dutchman arrived here in 1873 and spent several months working as an art dealer, well before he headed to Paris and Provence. Some of his first stirrings as an artist date back to his London years, when he discovered illustrations in newspapers that would later inspire some of his masterpieces in paint. 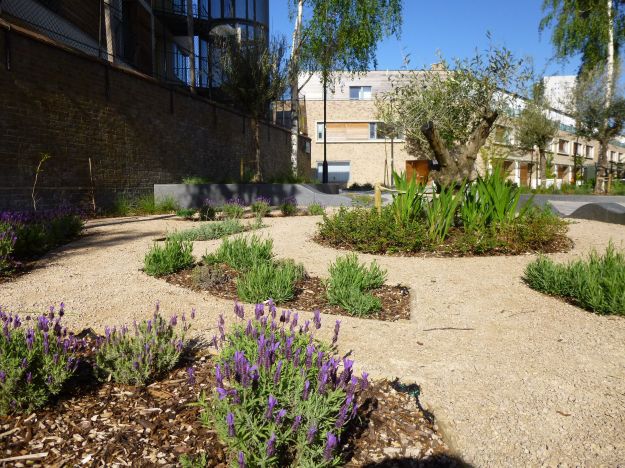 Now his compliment to the area in Brixton where he lodged has been repaid. A short street opposite his home has been turned into Van Gogh Walk, a garden oasis with planting inspired by his paintings. There are irises and lavender, and trees arranged to mirror his famous cypresses. Art installations and sculptured seats reinforce the theme. I don’t doubt that some sunflowers are sprouting as I write. 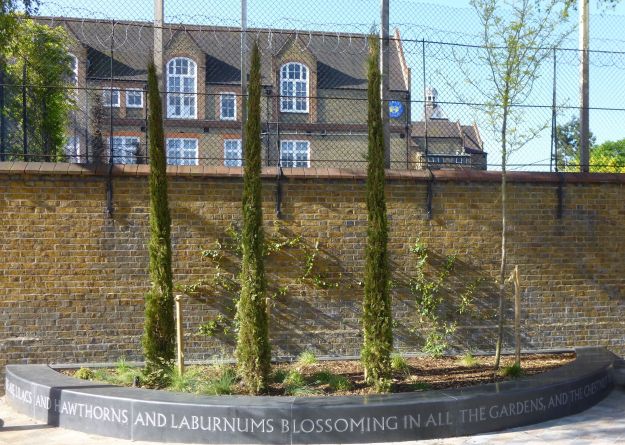 All are interspersed with excellent panels describing Van Gogh’s months in London and apt quotations from his letters home beautifully carved in stone. As he wrote: “There are lilacs and laburnums blossoming in all the gardens, and the chestnut trees are magnificent.” Although Van Gogh had not yet embarked on his quest to become an artist, he clearly appreciated nature in what was then the largest city on earth. 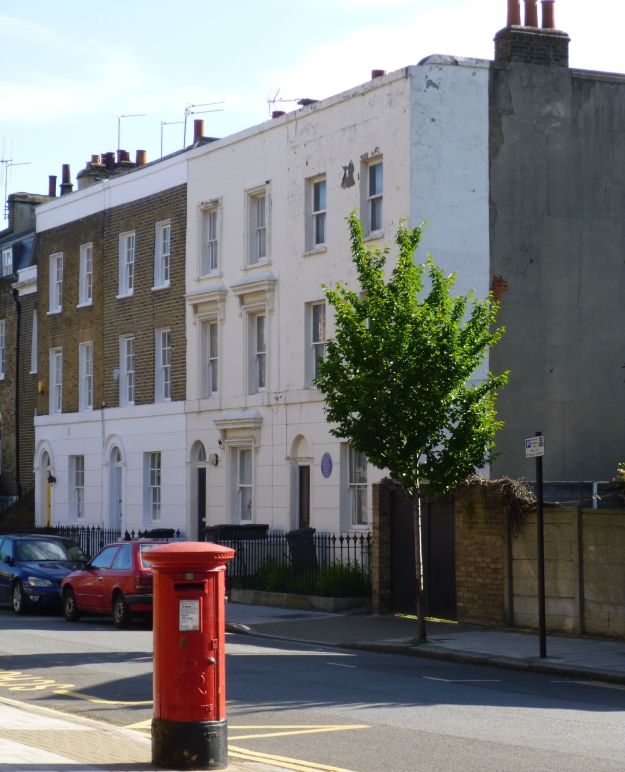 The house where Van Gogh lodged in London, with its blue plaque.

The nearby house where Van Gogh lived, 87 Hackford Road, has a shiny blue plaque, but could do with a good lick of paint and more substantial restoration work. It was recently sold to a Chinese buyer who indicated his intention to turn it into a centre for art. I trust it will be spruced up soon.

Van Gogh was sacked from his London job, and went on to work as a lay preacher in Isleworth and as a teacher in Ramsgate, before returning to Holland where he began to study art. But his stay in London came at an impressionable age, and it was at Hackford Road that he fell for his landlady’s daughter, although the sentiment was not returned.

Since I visited the new Van Gogh Walk I’ve been delighted to see that it has been highly commended in the Living Streets awards. And it’s not just the street that merits an accolade. I was also taken by the clever bicycle hangers, for safe storage in an area where it’s often difficult to bring bikes inside. 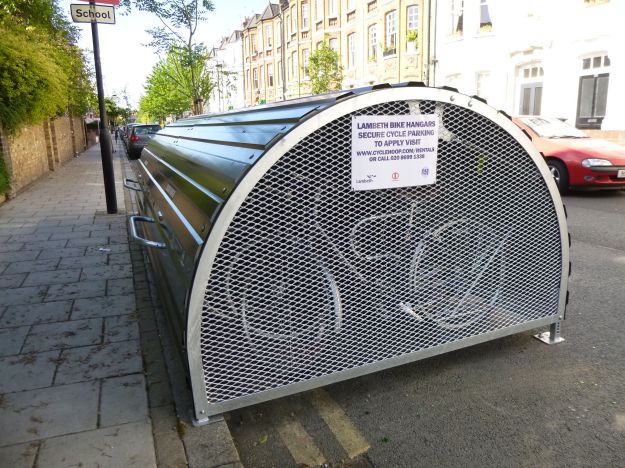 “Bicycle hangars”: what a great idea.

Hopefully Van Gogh Walk won’t just be a pretty spot to linger but may also inspire local people on art adventures of their own. After sitting beneath twisted olives branches you can follow the route Van Gogh walked every day to his Covent Garden workplace, but stop off at the National and Courtauld galleries instead and see how he interpreted these trees in paint.